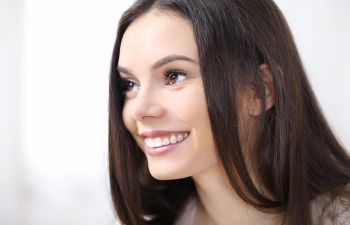 Synkinesis can trigger involuntary and unwanted muscle movement. As a result, separate muscle groups that would typically function independently will move simultaneously. For example, a person smiles, and the eye on the face’s affected side will also close involuntarily. This most common manifestation of synkinesis is often referred to as ocular-oral synkinesis. Functionally, synkinesis can cause limitations or difficulties in performing such activities as eating and drinking or smiling. Social stigma and self-esteem issues are also significant problems resulting from the effects of synkinetic paralysis.

At New York Facial Paralysis, we offer therapeutic modalities for the treatment of synkinetic paralysis. Broken down into three basic methods, Dr. O will evaluate each patient on an individual basis to see which method is best for each case. Often times, a combination of therapies will be used.

The three modalities used in the treatment of synkinetic paralysis include: