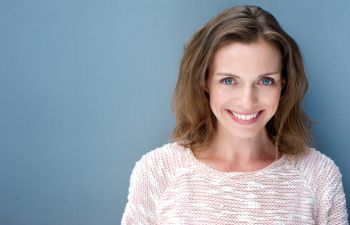 Bell’s Palsy is a type of facial paralysis that affects the ability to control the muscles on one side of the face. Most people (70%) who suffer from Bell’s Palsy are only affected temporarily and will fully recover from the condition within weeks to months. While there is no specific cause of Bell’s Palsy, it is mostly contributed to a viral reactivation in the facial nerve. Some people who suffer from a viral infection are left with the virus hibernating in the facial nerve nucleus. This virus lays dormant, but stress, trauma, or surgery may reactivate the virus and lead to paralysis of the muscles of facial expression. This reactivation causes facial asymmetry, as each side of the face has its own facial nerve.

The condition of Bell’s Palsy was named after a 19th-century physician, Sir Charles Bell, who presented three cases of Bell’s Palsy at the Royal Society of London in 1829. However, the first known descriptions of Bell’s Palsy were detailed by a Persian physician in the late 800s. Throughout medical advances, it has been determined that Bell’s Palsy is a diagnosis of exclusion. This type of diagnosis means that it is diagnosed by the elimination of other reasonable possibilities. There are no labs or tests that can be run to make the diagnosis, because, by definition, no specific causes can be determined. Doctors do not know why certain people suffer from viral reactivation that triggers Bell’s Palsy. Still, those with diabetes, meningitis, herpes simplex virus, head trauma, tumor, or inflammatory diseases of the cranial nerves are more likely to suffer from the condition.

For the majority of people affected by Bell’s Palsy, the condition usually gets better on its own. Most people are left with normal or near-normal facial functions. However, severe cases of Bell’s Palsy will require intervention. High doses of steroids and antiviral medications are typically given immediately to those for whom symptoms present severely. Patients will also need to practice vigilant eye care with lubricating eye drops and eye protection. Physical therapy is an integral component of treatment, and those with incomplete recovery, surgical correction may be prescribed.

Dr. O with New York Facial Paralysis has dedicated her practice to helping those who suffer from Bell’s Palsy and other conditions of facial paralysis. Early referral and intervention allow Dr. O to prevent irreversible muscle loss. Please contact us today to schedule a consultation at our facility in New York.